Drake compared Cristiano Ronaldo’s lifestyle to his own on ‘Blue Tint’: 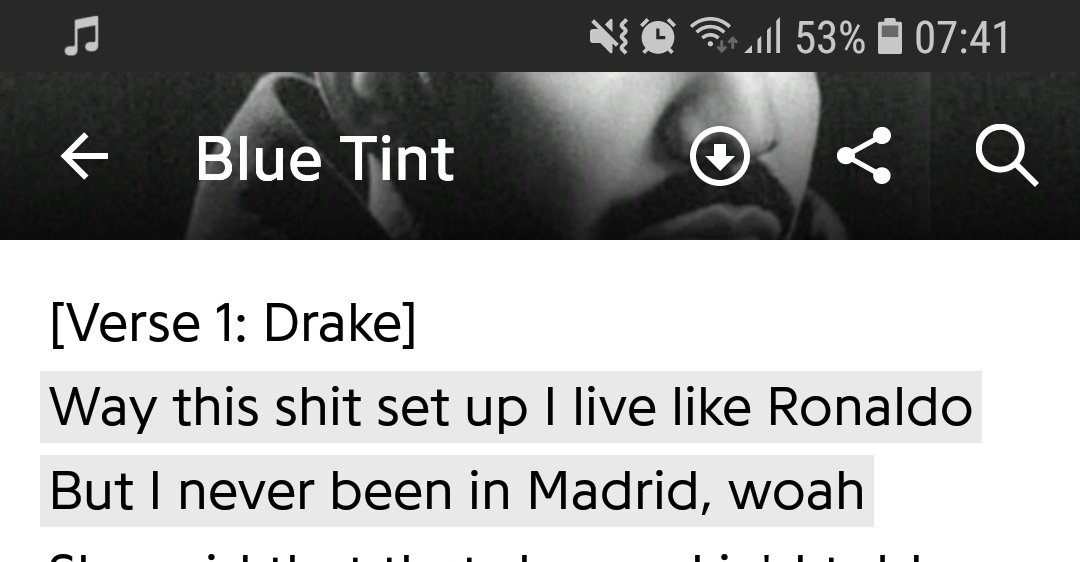 OVO leader is known for his desire to be ubiquitously respected and a shoutout to the best footballer in the world may be Canadian’s another attempt to attract new listeners.

Club statement reads: ”Manchester United is delighted to announce that Marouane Fellaini has signed a new contract which will keep him at the club until June 2020, with the option to extend for a further year.”

Fellaini said upon signing the deal: ”I am pleased to be continuing my journey as a Manchester United player. I made this decision because I am very happy here. Also, I feel like this team, under Jose, still has a lot we want to achieve.

”I would like to say a special thank you to Jose for the faith he has always shown in me. My focus now is on the World Cup and I am looking forward to a successful season ahead.”

Luis Suarez opens up on rivalry with Cristiano Ronaldo

Barcelona forward Luis Suarez discusses being Cristiano Ronaldo’s opponent ahead of facing him in the 2018 World Cup round of 16:

“A rivalry with [Cristiano] Ronaldo here [at the World Cup] and at a club level are two different things. This is the World Cup and we are playing for our national teams,” Suarez told journalists one day before Uruguay’s clash with Portugal.

Sheebah reveals the man that sexually harassed her
Andrew Mwenda responds to allegations of sexual harassment against Sheebah
FireBoy finally in Uganda ahead of his Lugogo concert tomorrow
PHOTOS: MP Francis Zaake proposes to long time baby mama
Sheilah Gashumba should divert the energy she is putting on me to Rickman- Crysto Panda hits back
PHOTOS: GNL Zamba shows off his new multi-million mansion
Tweet Share
Previous Post Source BBC: Michael Jackson’s Father Dies At 93
Next Post Exclusive: Tribal And Family Appointments Rock UETCL As Info Leaks While Executive Director Is Accused Of Hiring His Son