The Indian community in Uganda gathered recently in the parking lot opposite the StarTimes stadium in Lugogo to celebrate the Holi festival.

Holi is a festival of colours celebrated for two to three days every year among the Hindu, especially in Nepal and India. 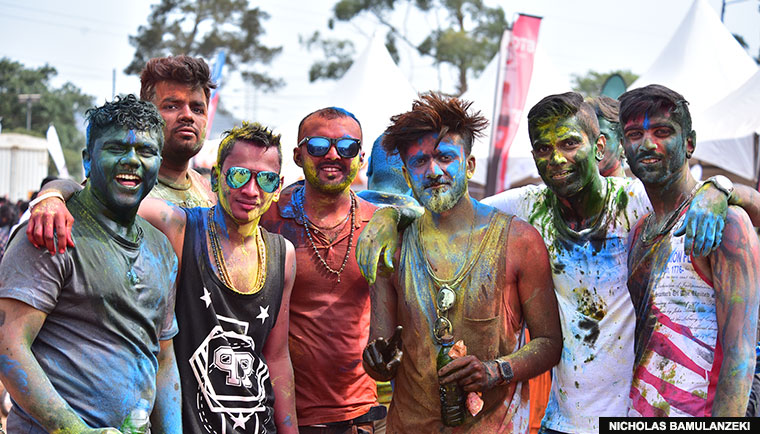 People pour coloured water, splash colours on one another and cook lavishly. The legend goes that the demon king Hiranyakashyap had a son, Prahlad, the greatest devotee of Lord Vishnu. But Hiranyakashyap wanted to kill his son; so, he called his sister, Holika, who had a magic robe. This robe had the power to save the wearer from burning.

Hiranyakashyap ordered Holi to sit on a fire with Prahlad, hoping she would not be harmed but Prahlad would be burnt to death.

But the opposite happened, and the day is a celebration of good over evil. In Kampala, Canada-based Indian singer Shivangi Bhayana headlined the event as Nicholas Bamulanzeki witnessed.

A Ugandan businessman was on Monday shot dead by Rwanda security forces in Rwerere parish, Burera district, about 5km

The ministry of health of Uganda has confirmed 18 new cases of COVID19 , 12 of them are contact

Parliament has expunged from its record a displeasure motion against the Deputy Speaker Jacob Oulanyah. The motion was passed