President Museveni is set to commission the new Jinja cable bridge.Having been constructed at Shs450 billion, the New Bridge was designed with a structural life span of 120 years and its picturesque location is expected to enhance tourism in the country.

The overall width of the Bridge is 22.9m wide. It has a dual carriageway 7.0m wide with a pedestrian walk way of 2.25m wide on both ends. For security at night, the Bridge will have lighting facilities.

The bridge was on Tuesday lit and security tightened ahead of the commissioning which is expected to be graced by senior officials of the Japanese government that built it under Japan International Cooperation Agency (JICA).

The new bridge has since been named The Source of the Nile Bridge.

The spokesperson at the Ministry of Works, Ms Susan Kataike, said that President Museveni on Monday communicated to the Permanent Secretary of the line Ministry, Mr Bageya Waiswa indicating thus. 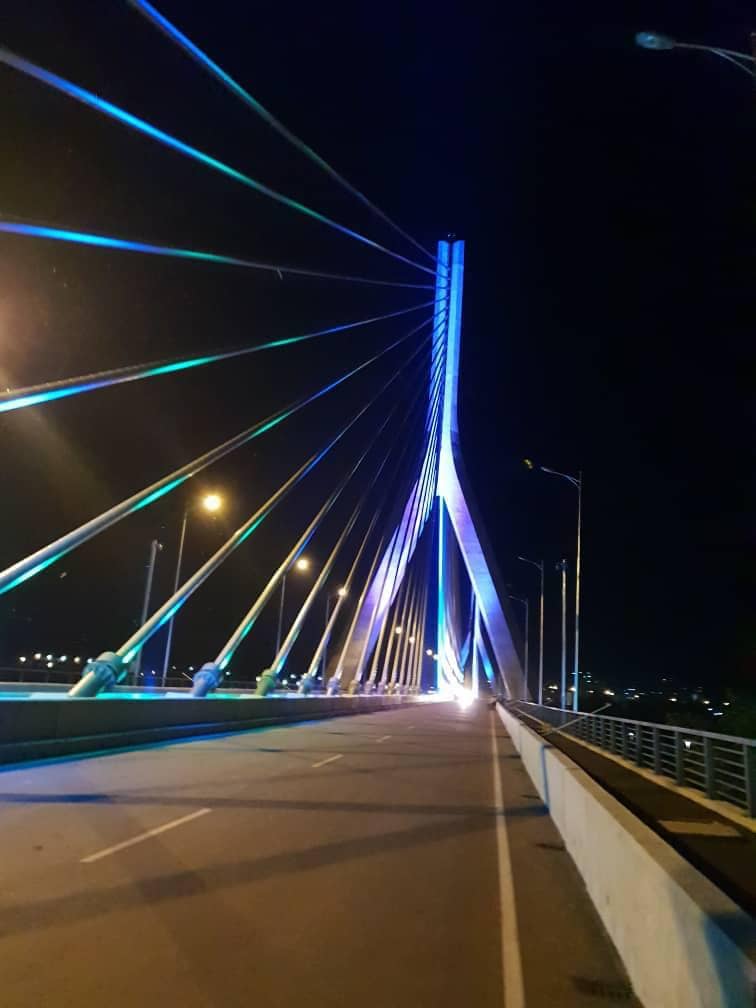 “The President has communicated to the Permanent Secretary and in all our correspondences going forward, we are calling it The Source of the Nile Bridge,” Ms Kataike said in a telephone interview.

The test was conducted by stationing 26 dump trucks weighing 25 tonnes on the bridge. This was aimed at testing the bridge’s ability to manage heavy load.

However business in Jinja Town has gone on massive landslide eruption as many people have camped to witness the Commissioning of the the new Nile Cable Bridge. Business men have encountered high sales since the Early Morning.A one trader by names Kintu talked to our correspondent” I am very happy today i have made sales that i have never made in a single day,Thank You for The Bridge, we hope to make very good profits at the end of the day”

the weekend, there were reports that circulated like a wild fire about socialite Ali Lwanga a.k.a God’s Plan being

ForteBet, Uganda’s leading betting company brought work to a standstill in Elegu, Moyo and Adjuman as it showered its