KFC has responded to fans of the alleged conman on Twitter to say: “It would be legendary if only it were true. Fake is as far as it gets with this story.”

Let’s face it: sometimes, crime does pay. Our society has always had a certain fascination with those grifters, con-artists, and swindlers who have managed to make a fortune through sheer audacity, balls the size of hot-air balloons, and the naiveté of their hapless victims.

Whether it’s epic con-artist Frank Abagnale of Catch Me If You Can fame, Ponzi scheme mastermind and stockbroker Bernie Madoff, evangelical snake-oil salesmen (take your pick), or such fictional characters as Jay Gatsby, Saul Goodman, John Constantine, the truth can’t be denied—we love to hear about the great exploits of modern society’s greatest scammers.

And then there are the smaller fry—those whose aim was far less ambitious but who, nevertheless, will remain enshrined in the history books as nothing less than legendary. Our story today is about precisely such an individual.

According to India Today, a 27-year-old student in South Africa managed to swindle KFC for a year, telling employees that he was sent by the fast food chain’s corporate headquarters to do a quality check.

While he has just been arrested, the unnamed man apparently indulged daily in the Colonel’s secret recipe through an elaborate ruse whereby he carried an ID card from “head office” and dressed like a business executive, often arriving at franchises in a limousine.

The story was originally broken by Kenyan journalist Teddy Eugene on Twitter in a viral tweet captioned, “South African man arrested for eating at KFC free for a year by saying head office sent him to taste if they are up to standard.”

According to Xpouzar, the man’s friend is a part-time limousine driver who clearly had an uncanny ability to pretend that his accomplice was a very important man.

A worker at KFC told the outlet:

“When he arrived we will all try to act our best so that we don’t piss off man from head office, he was so convincing because he was so confident and even colleagues from other KFCs knows him.

When he comes in he rushed to the kitchen and check everything taking notes and then ask for samples of whatever he wants. He probably worked for KFC before because he knows everything.”

South African man arrested for eating at KFC free for a year by saying head office sent him to taste if they are up to standard.

When they welcome him in jail 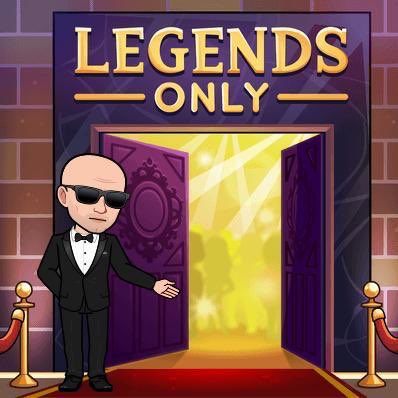 Understandably, the man has been hailed as a “legend” by netizens the world over.

“He is a legend and is now very experienced taster. KFC should employ him,” one user wrote.

“Seizing the opportunity I call it!”

And speaking for many of us, one user asked:

“They don’t have Popeye’s in South Africa?”

In a world where professional corporate criminals get off scot-free while robbing the people blind on a grand scale, this man found a rather victimless loophole that filled his belly daily, albeit with a dangerously high amount of cholesterol.

And while his scheme turned out to be a bust, he remains a hero to the chicken-deprived and cash-strapped masses. Sir, we salute you.

Libya's electoral commission on Wednesday announced its rejection of the candidacy of Seif al-Islam Gaddafi, son of slain dictator

Doctors under their umbrella association of Uganda Medical Association (UMA) have vowed to continue with their industrial action, despite

Sheebah’s Ex ‘Oscar’ calls upon her for help