President Yoweri Museveni’s motorcade on Friday, April 5, made a surprise stop at Matugga Trading Centre in Wakiso District, throwing residents into a mixture of fear and excitement.

While in the trading centre that is located a few kilometres away from the capital Kampala, Mr. Museveni directed his medical team to examine a four-year-old baby who is suffering from heart-related complications.

In the presence of Mr. Museveni, for about 40 minutes, his personal medical doctor fully examined the baby and gave appropriate medical prescriptions to the family. The details of the medical report were not disclosed to the public but it was said the toddler’s life was in extreme danger.

This was after the toddler’s father, a one Tonny Sserwanja, reportedly ran to Mr. Museveni to assist him and save his child.

Mr. Museveni reportedly pledged to cater for all medical expenses to the toddler’s life. It was also reported the four-year-old would be flown abroad for specialised treatment.

At the Singo barracks, Mr. Museveni told soldiers to uphold the National Resistance Army, (NRA) principles saying the UPDF was the forerunner of the same.

He maintained that as the preachers, should endeavor to exercise those principles also urging them to learn, understand, internalize and apply the principles wherever they are deployed.

He said that colonialism had made the country dependent on the British economically, politically, socially and militarily adding that this state of affairs had been enforced through the colonial Army. 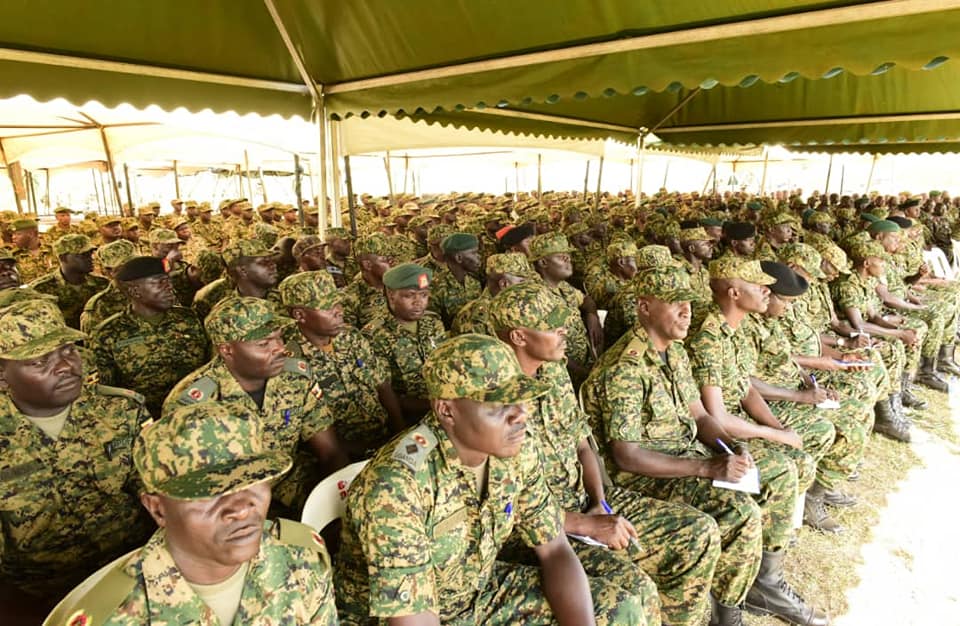 “UPDF is not the first Army. There were other armies like the King’s African Rifles, which was an Army for the British King. The big gun you see at Entebbe is a German gun captured from Tanganyika by Africans working for the British. The mission of colonialism was to make us work for foreigners and that is why coffee was called Kiboko because the British used to beat the Africans to grow coffee,” he said.

He revealed that other challenges, such as political and traditional fragmentation, the stupidity of looking down on women, male chauvinism, sectarianism, and social underdevelopment, had largely stagnated Africa and rendered the continent underdeveloped.

He, however, noted that moves have been made to solve those challenges through working for economic integration, would bring about prosperity to the people. He, therefore, stressed that the Army also has a role to play in teaching farmers to shift from subsistence farming and embrace modernized profit-oriented agriculture. Gen. Museveni advised UPDF soldiers to always train hard and be confident of themselves in their calling to serve and protect wananchi. 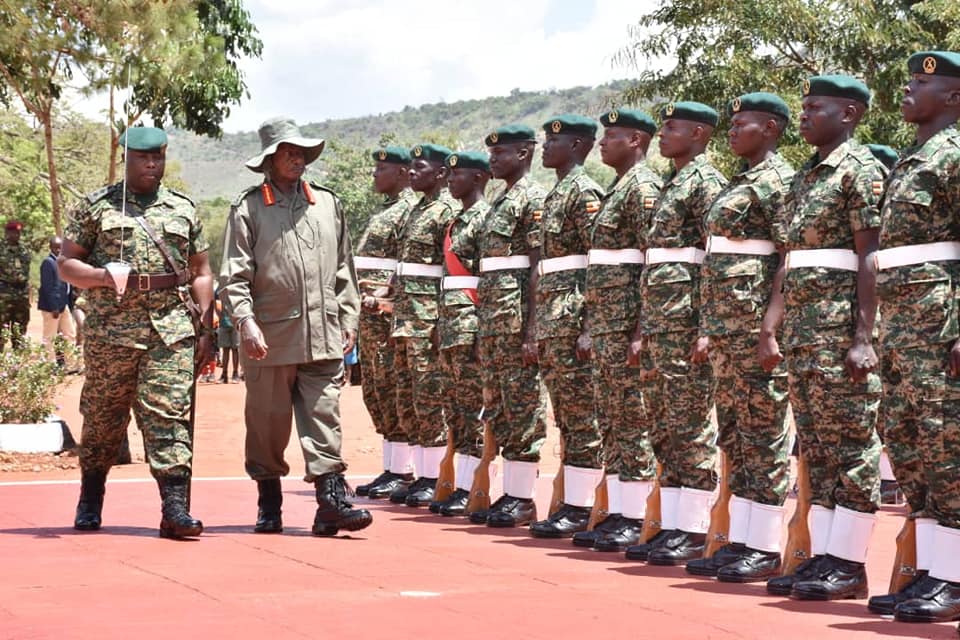 The President also advised them to lead responsible and disciplined lives free of alcohol consumption, smoking, and promiscuity. He observed that indiscipline in life would not only lead to immature death but also a loss to their families and the country as well.

He encouraged the Army to always make sure that places, where soldiers intended to camp, are fumigated to keep at bay ailments such as malaria

Bush war veteran and Minister of Internal Affairs Hon. Maj. Gen (Rtd.) Kahinda Otafiire has said that it is

President Museveni has allowed places of worship to reopen as government continues to ease Covid restrictions.Since the closure of