Police also released a number of CCTV footage and photos from their ‘strategically’ located cameras and monitoring tools around Kasangati. 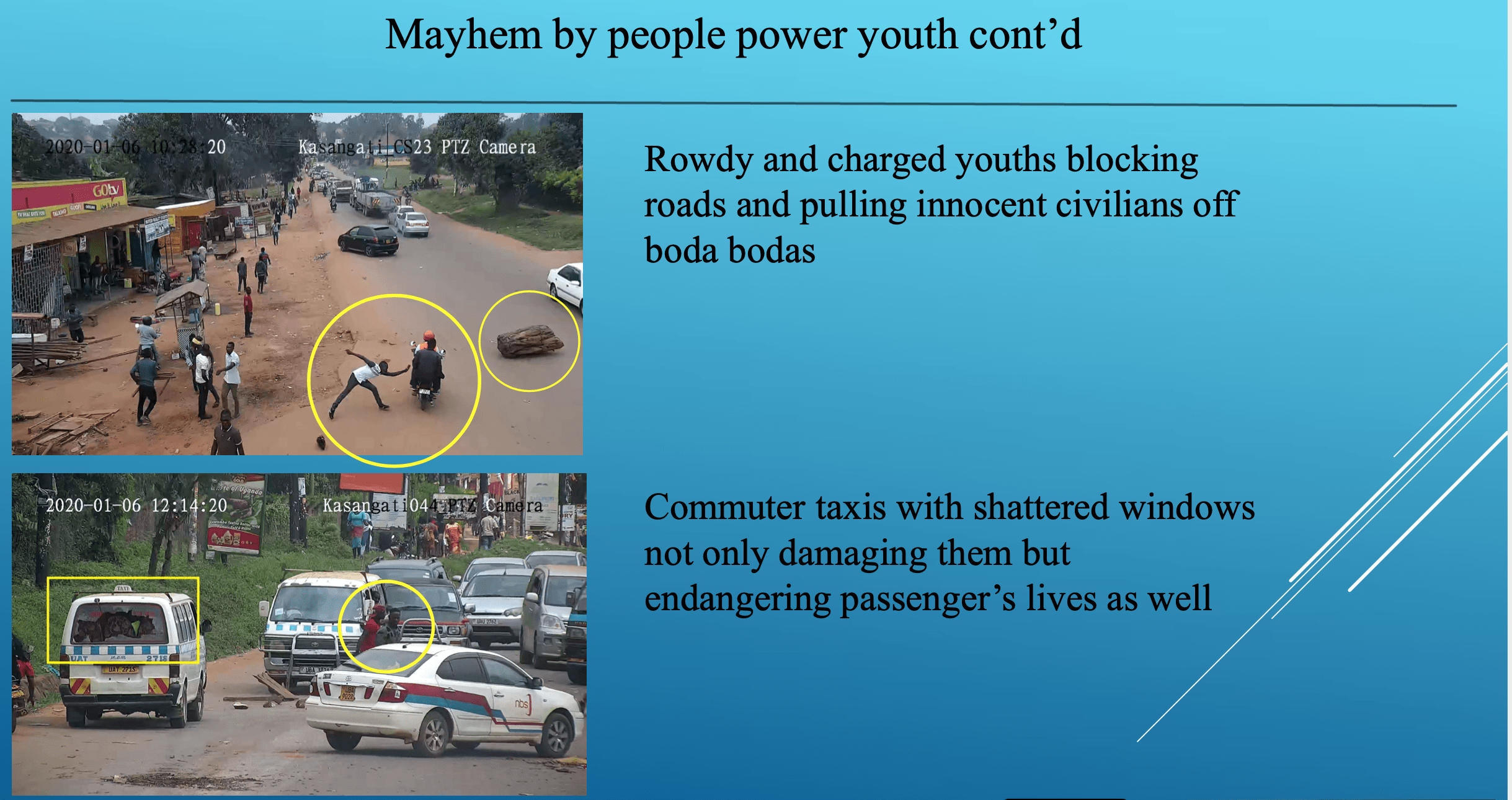 On Monday last week, Police cordoned off Our Lady of Good Counsel, Gayaza Parish pitch where Kyagulanyi had intended to host his first presidential consultative meeting. Police denied access to People Power coordinators saying that they had fulfilled requirements under the Public Order Management Act (POMA).

Kyagulanyi had got clearance from the Electoral Commission in December 2019 but its chairperson, Justice Simon Byabakama had warned him of not turning the consultations into early campaigns that are prohibited in this period.

According to the report by police, there was a deliberate move by Bobi Wine and his supporters to destroy property.

“On the morning of the 6th January 2020 in Kasangati showed a clear and blatant breach of all the Uganda Electoral Commission. 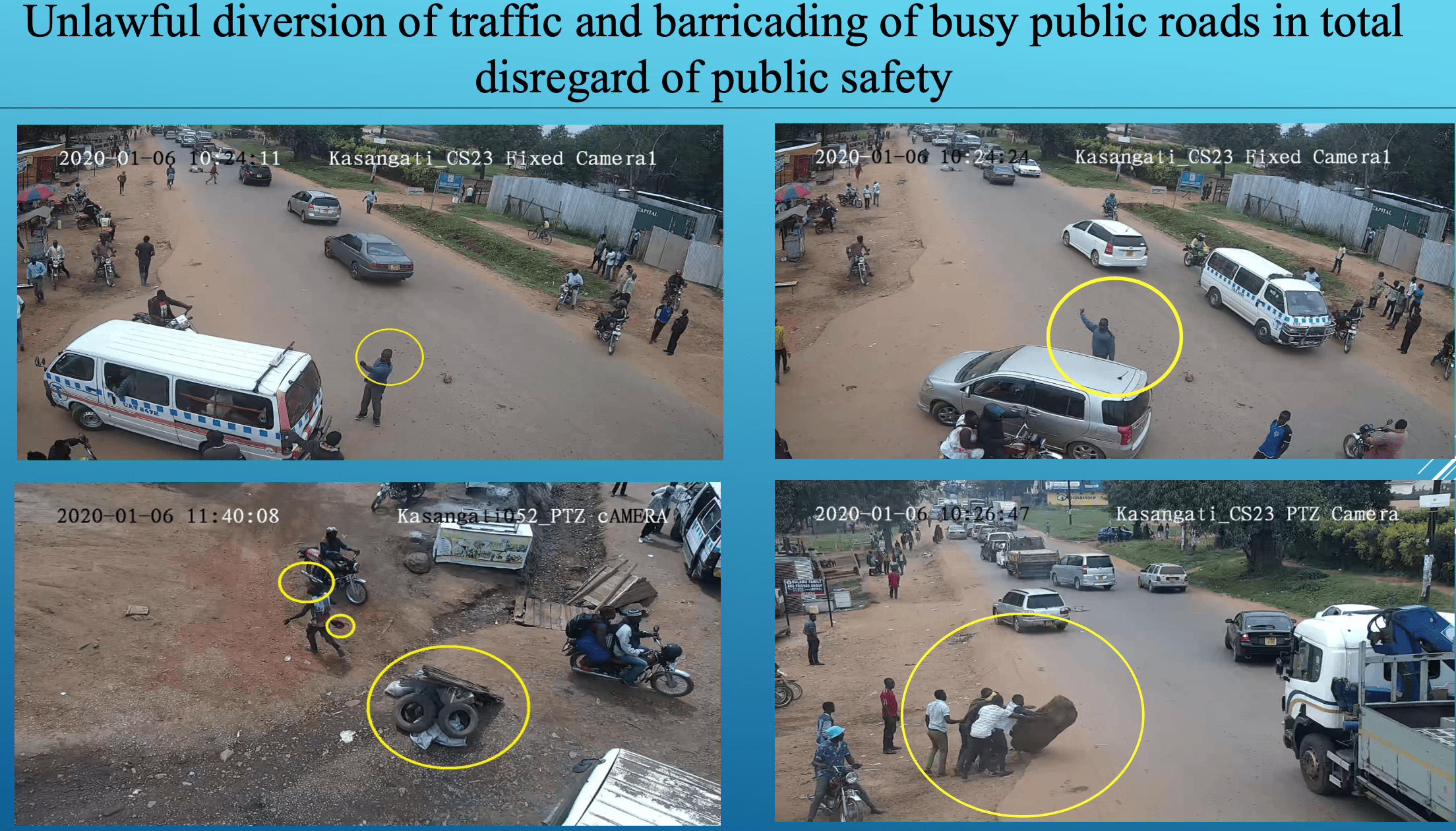 n guidelines by Hon Robert Kyagulanyi and his team resulting in the intervention of the Uganda Police in the interest of public safety,” the police report said.

“Various narratives have since emerged demonizing the Uganda Police even after the severe restraint exercised by the officers on ground amidst all manner of provocations and lawlessness.”

According to Kyagulanyi, his team complied with all the necessary lawful requirements before being blocked by police and military.

In a press conference that he held last week following a meeting with officials from both police and Electoral Commission, Kyagulanyi said that police had conceded to having acted outside the law on many issues.

He said, “We put to police all the violations they have been involved in these past few days and demanded that they are put to an end. Indeed, they conceded to having acted outside the law on many issues,”

Kyagulanyi also said that he was to issue a new schedule of consultation meetings before asking police to respect the resolutions from their meeting.

Enanga however, did not agree with Kyagulanyi’s narrative about the resolutions of the meeting. He said that representatives from People Power group chose to misinform the public deliberately in the presentation of their draft proposals as the official position of the committee. 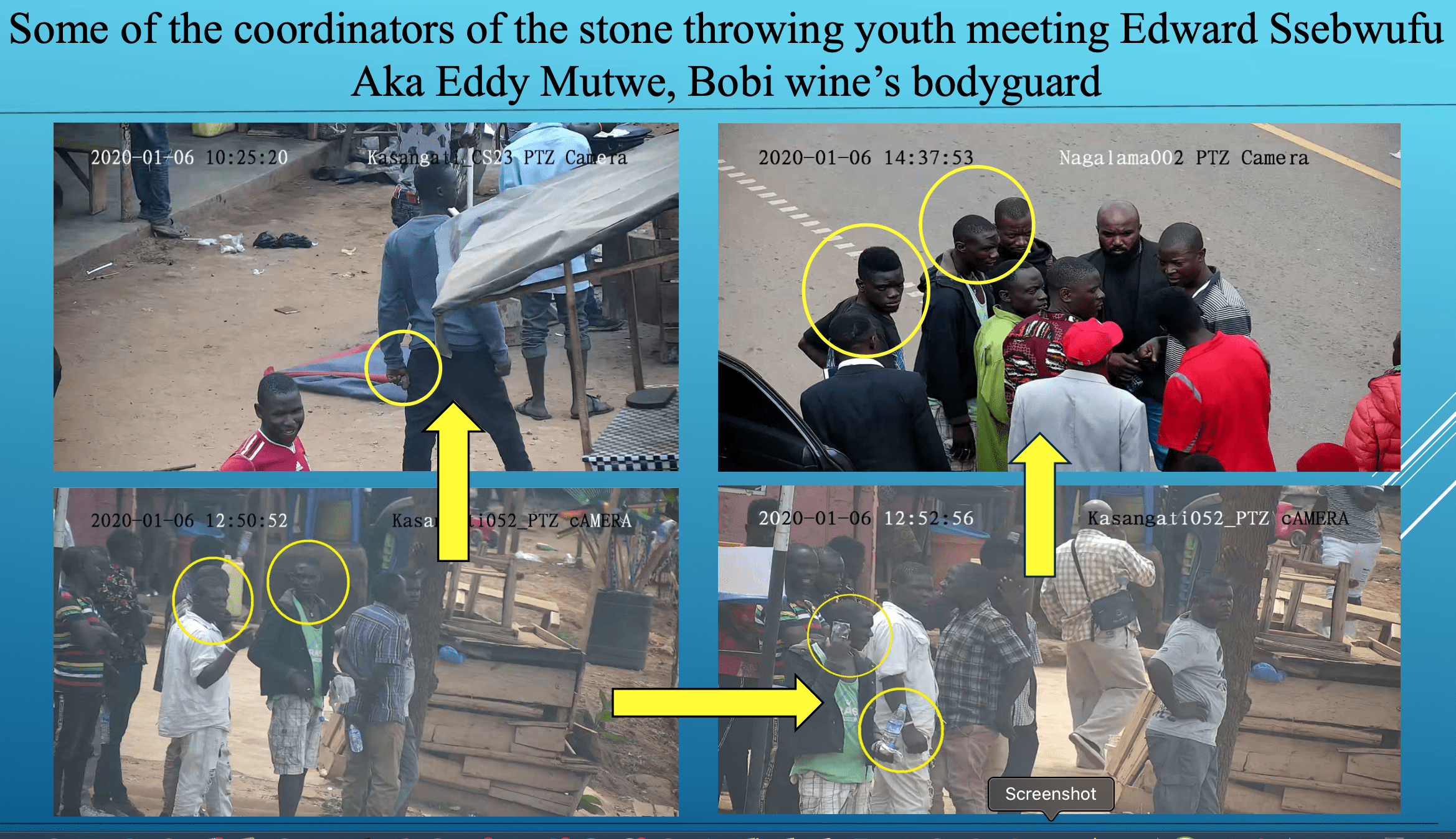 In the photos, Kyagulanyi is seen departing from home with a mixture of overloaded motorcycles, crowds and several cars with people seated on the roofs and others standing outside the car doors.

Overloaded motorcycles and multiple passengers with no protective gear are also seen in some of the footage recovered by police. The crowds denying other road users access to the road also covered sections of roads. 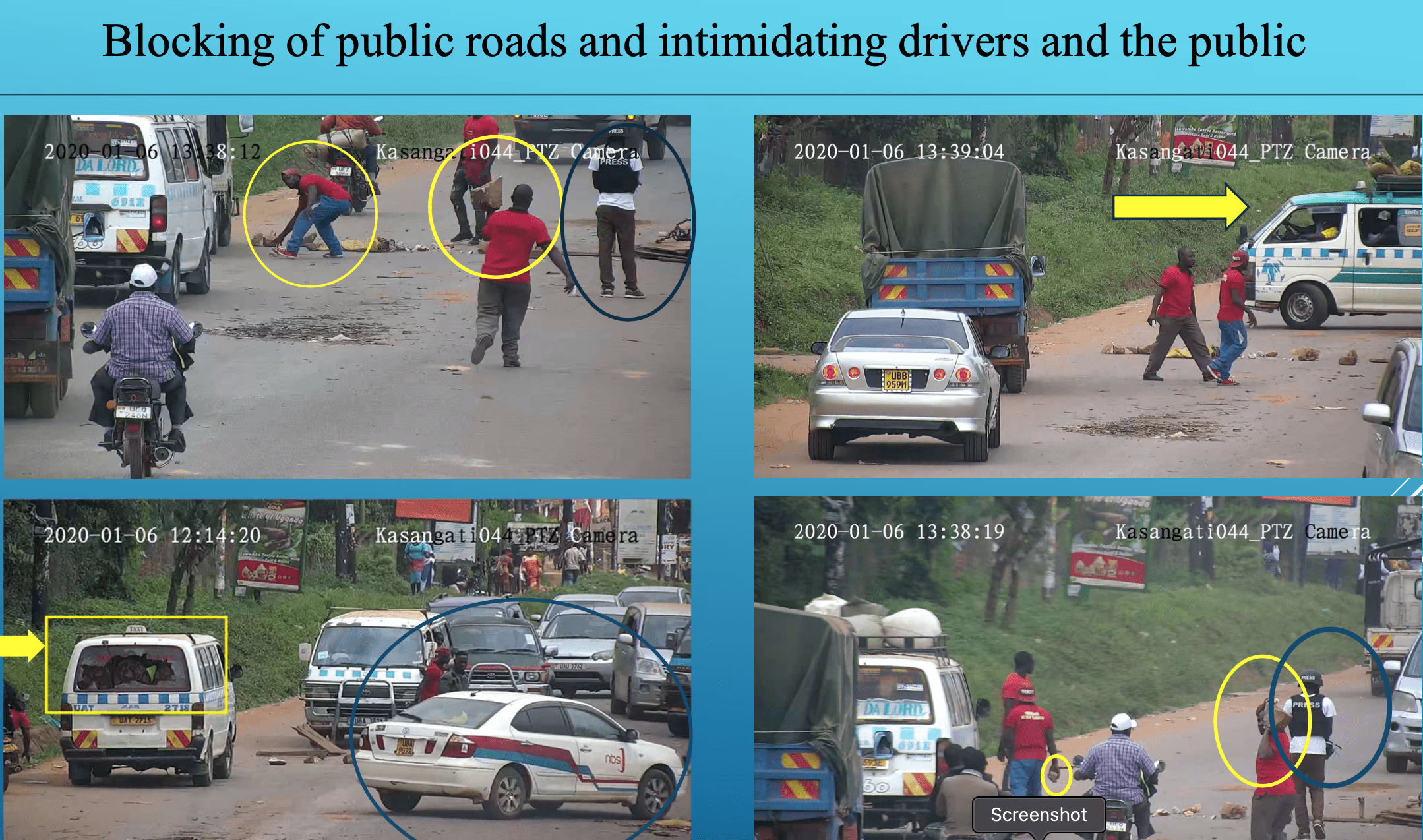 In another photo, a member of the crowd is seen, as captured on CCTV throwing a tear gas canister towards congested traffic.

Police in the report wondered whether it was being irrational by carrying out its mandate in the face of lawlessness.

Besigye beats security, makes his way to city centre
Pastor disappears with his followers in Mityana
Museveni to address the Nation on rising commodity prices on Sunday
Sheebah reveals the man that sexually harassed her
Andrew Mwenda responds to allegations of sexual harassment against Sheebah
Besigye arrested as he attempts to protest against high prices
Tweet Share
Previous Post Makerere Chaplain Blasts Pastor Bugingo Over Marriage Sermons
Next Post Singer Remas’ Hubby Dr.Sebunya Graduates With Bachelors of Medicine and Surgery From Makerere