The Africa Report’s inaugural ranking of the top Africans who control the levers of power across politics, business and the arts: from billionaire barons to unpredictable peacemakers and soft-power superstars.

A life without compromise has cost Ngugi; imprisoned, forced to flee Kenya after writing and putting on a play that disturbed the powers that be – at that time, President Daniel Arap Moi. Championing his native tongue Gikuyu rather than write in colonial English, he has campaigned to strengthen writing in various African languages over the course of his career: “’To starve or kill a language is to starve and kill a people’s memory bank,” he said. And if this seems abstract, consider that Africa’s nations are colonial fictions; Africa’s economies will not be fixed before her politics are consolidated and native languages can be building blocks of that consolidation.

The exceptional afro-pop sensations from Nairobi are politically conscious, laid-back and on point. Like any band scraping a living in the era of skinflint streaming platforms, Sauti Sol are on the road a lot, headlining at the Lake of Stars festival in Malawi in September 2018, and at various US festivals. And they are award scoopers, too, picking up best African group at the All Africa Music Awards, the MTV Africa Music Awards and the Soundcity MVP Awards. But their lasting influence will be their Sol Generation Records, a label the band are using to launch new talents into the East African music stratosphere.

What a time to get the top job: the National Prosecuting Authority had been manned by Shaun Abrahams, whose critics believe was close to corrupt networks around Jacob Zuma. Now, as the first woman to get the post, Batohi has an opportunity to go after the dozens of individuals who dragged South Africa’s proud institutions into the mire. She is no stranger to the task, having already served as director of public prosecutions in KwaZulu-Natal from 2002-2009 – and in the 1990s was asked by President Nelson Mandela to investigate hit squads within the police.

A courageous activist, journalist and writer, Eltahawy speaks for those who lack a voice across the Middle East and beyond. Her 2015 book Headscarves and Hymens: Why the Middle East Needs a Sexual Revolution tried to break through the wall of silence that surrounds the sexual violence women in the region deal with on a daily basis. Putting her finger on the hyper-conservative Saudi interpretations of Islam, the headscarf is for her the symbol of oppression, and the hymen the strange guarantor of virginity for layers of male family and religious bureaucracy. Last year, she launched the #MosqueMeToo social media campaign to ensure that the Middle East and North Africa is not spared from the benefits of the #MeToo movement. 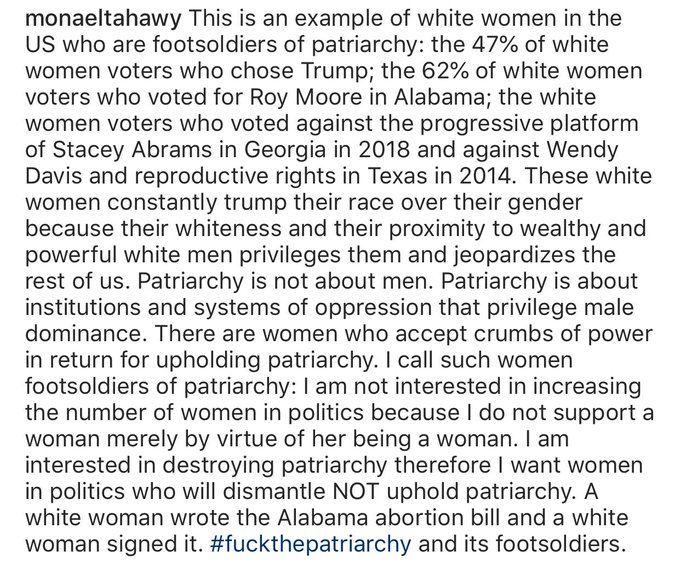 I am in residency working on my new book, so I am not on Twitter as often as I am. I am on Instagram where I post readings and rants against the #footsoldiersofthepatriarchy

Creating Zenith Bank in a period of economic and political instability, Ovia has guided the institution through choppy waters. But he has retained his belief in the Nigerian economy. Speaking at the launch of a new book, he explained how he started the bank in 1990 with $4m: “We now have a total asset base of $16bn. If you look at the arithmetic, there has been over 1,000% growth. You can’t get that anywhere, even in the best economies in the world.”

The former pharmacist turned activist turned tax authority chief turned finance minister multiple times is a testament to the cadre of personalities moulded in the fires of apartheid South Africa. The group Gordhan created at the South African Revenue Service was the only one that pushed back hard against corruption at the height of the Zuma era, as the South African judicial, police and security forces were slowly gutted or hamstrung. At 69, he has put a desire for a quieter and more relaxed life on the back burner to clean up South Africa’s troubled parastatals – like electricity utility Eskom and South African Airways – as the minister for public enterprises.

Joshua has a huge following across the continent, but especially in his home country. Though he only founded The Synagogue, Church of All Nations in Lagos in 2006, it has expanded rapidly, and the faithful flock there from many African countries for healing and counsel. Joshua is not always popular – the government of Cameroon warned its citizens about attending his church in 2010. But it is his influence with members of the continent’s celebrity and political elite that bumps him up the list.

As a key part of former president Joseph Kabila’s inner team, Yuma controls the regime’s access to the DRC’s mineral wealth as chairman of Gécamines. The state-owned mining company – one of the continent’s largest – controls strategic reserves of the minerals of our electric future: copper and cobalt. Yuma is central to ongoing efforts by the Congolese to get a bigger slice of royalties from mining companies. Yuma’s name was also on a shortlist of candidates to become prime minister in the new government of President Felix Tshisekedi.

Herding cats may suddenly seem a more attractive career path for the African Union Commission head. The current job for Chad’s former prime minister entails corralling Africa’s fractious presidents into a unified position on difficult topics such as the recent elections in the DRC, the continental free trade zone and big internal AU reforms. While the year did not start well – with the AU speaking loudly on the DRC election before retreating into silence – plenty of challenges await: Sudan, Libya and Central African Republic will all clamour for the AU to act.

The controversial leftist politician is the leader of the Economic Freedom Fighters (EFF), a political party he launched in 2013 after his heavily publicised breakaway from the ruling African National Congress (ANC). A year after, the EFF won 25 seats in the 2014 general elections, securing more than 1.1m votes, and has since played an important role of kingmaker in the Johannesburg, Nelson Mandela Bay and Tshwane councils. As Malema’s popularity keeps rising, the EFF is tipped to make inroads into the electorate when South Africa goes to the polls in May. 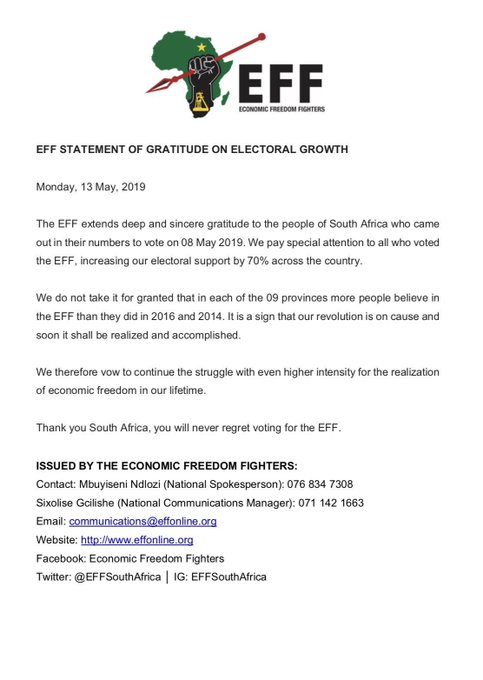 Enjoy 200% Bonus when you Register with Melbet Promocode: eyalama10

Renown city songstress Cinderella Sanyu aka Cindy Sanyu, in a few month’s time to come, will be welcoming a