Ex-Real Madrid defender discusses VAR technology that has been used for the first time at the 2018 World Cup.

“There are incidents which don’t even need VAR,” he said.

“For the first goal Spain scored against us you don’t need video referees, even Diego Costa recognised it was a foul. Then there was a penalty not given for Cristiano Ronaldo against Morocco, but cameras showed that they grabbed him and he was pushed. I’m sure that, if it wasn’t Cristiano, they would have given a penalty.

“In any case, we are human beings, we make mistakes,” Pepe continued. “I don’t think the referees have any intention of prejudicing against anyone. We should respect them, we’re professionals and have to do our job, nothing else, that’s what the coach asks for.”

“This is a big lie. Nothing like this is true and I wonder how CNN are reporting these things.

“I don’t understand this. We’re guests in this men’s land and he invited us for a dinner. We can’t refuse something like that and this is very normal.

“[Critics] are mixing politics and sports? We’re a sports team and nothing can involve us in politics.

“I’m sick of all these rumours around our team. Today it was also said that an EFA member’s son was selling a ticket illegally…these are silly things and still lies.”

Javier Mascherano bashes rumours about a mutiny against Jorge Sampaoli

Barcelona legend explains what is going on inside Argentina national team camp:

“Ask all the coaches who picks the team. There have been seven, eight coaches and nothing has ever been said,” Mascherano said when asked about the recent rumours reporting about a revolt in the dressing room with players turning on Jorge Sampaoli.

“That tag has been placed on our generation, who knows why, but this is repetitive: one person says, another says it and the snowball doesn’t stop rolling.”

“There is a lot of myth in all of this. The best coaches in the world also ask for players’ opinions, because the players are the ones who make the decisions on the field,” he added.

Mascherano sees no problems in a healthy discussion between the coach and his charges:

“The coach doesn’t have to agree, he just wants to know how you feel on the pitch. It is not about imposing any opinions, but rather coming to a collective agreement over what feels best for the team.”

Real Madrid loanee James Rodriguez was handed his first start at the 2018 World Cup against Poland and he lived up to the expectations.

First, he found Barcelona centre-back Yerry Mina in Poland’s box with a cheeky cross to set up the opener. Then, he managed a fantastic pass to allow Juan Cuadrado net Colombia’s third goal in the second half. 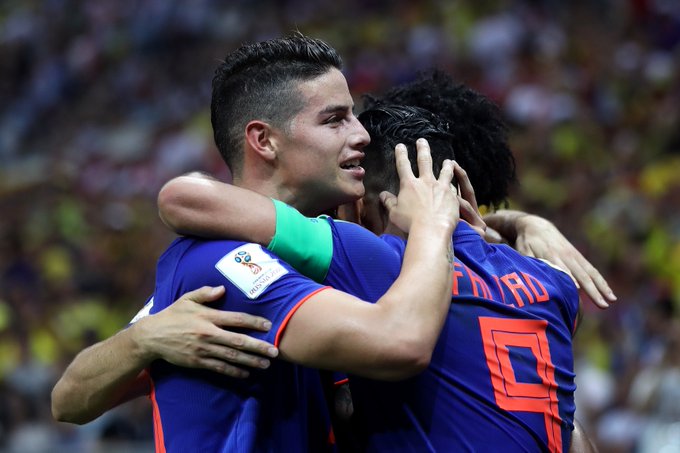 James Rodríguez has now been directly involved in 10 goals in seven #WorldCup appearances.

From Russia with Love. 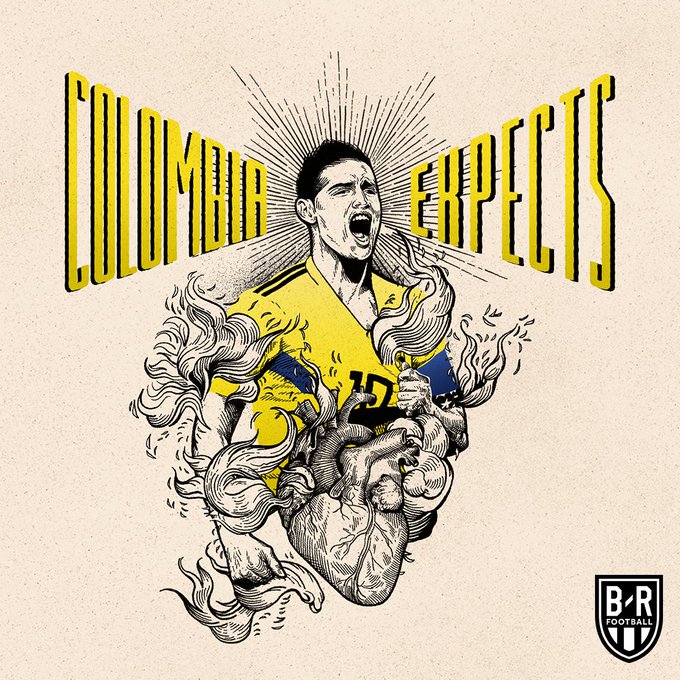 And James is delivering

I love the combination of James Rodriguez and Radamel Falcao. Colombia have turned up to the party! Such amazing, exquisite football. Love it

Rather than just giving James Rodriguez the captain’s armband, just canonize him right then and there

James Rodriguez is one of the most intelligent players in activity.